It is said that a “picture is worth a thousand words.”  Murals are pictures and therefore suggestive and expressive and very powerful.  Artist Matt Shapira uses his murals of Roaming Elephants to shed light on the plight of these magnificent creatures: Loss of habitat, being poached for their ivory, spending their lives in captivity.  He believes that in order to see the world, you must “Roam like an elephant,” and that his murals depict the feelings he gets when he thinks of the giant creatures. He has painted these murals throughout the world, including Nepal, Thailand, Zambia, France, Jamaica, Wales, England, India, Niagara Falls, Missouri and now, Port Orford, Oregon. Painting in different countries and locales, he listens to the voices behind him—the languages, the dialects—and they influence the color palette he chooses to create each unique mural.  They become the “undercurrent, subtle and symbolic.”

Seeing his images may spur you to think of conservation, of ways in which you can take action, to make a difference, large or small.  In his own words, “Seeing an elephant on a wall is a gentle nudge for us to give a voice to those who are without a voice. We can make a change and do our part to protect all the wildlife that are endangered one-kind-and-compassionate-act and choice at a time.” 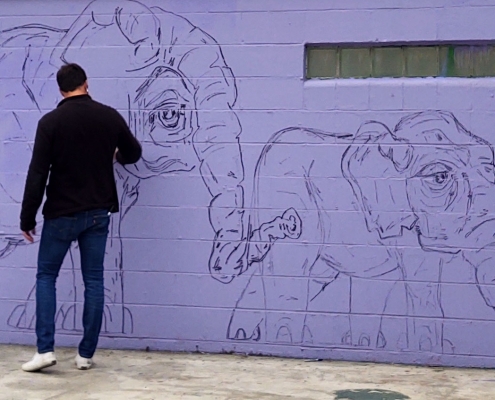 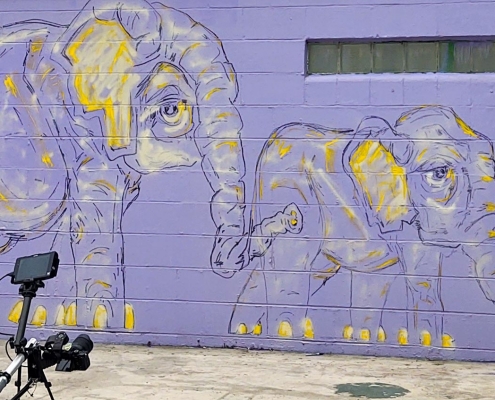 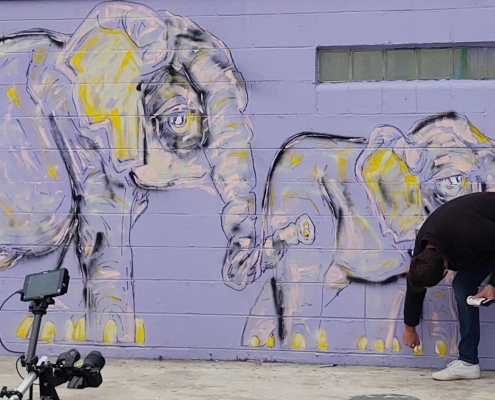 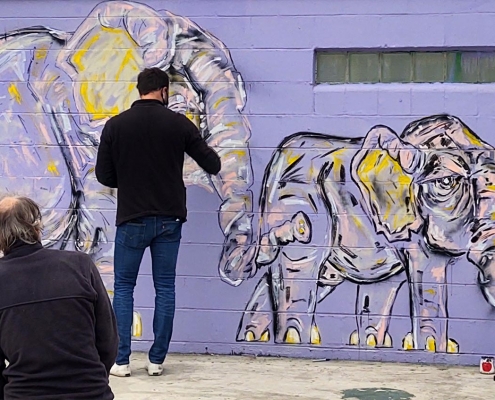 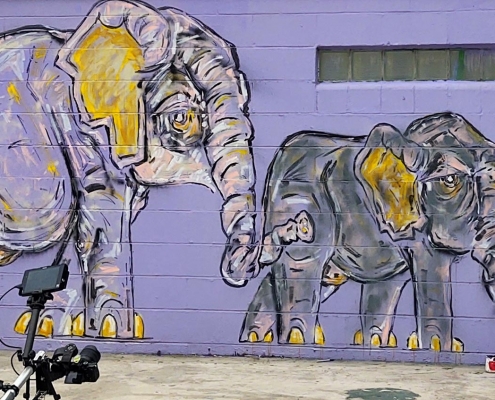 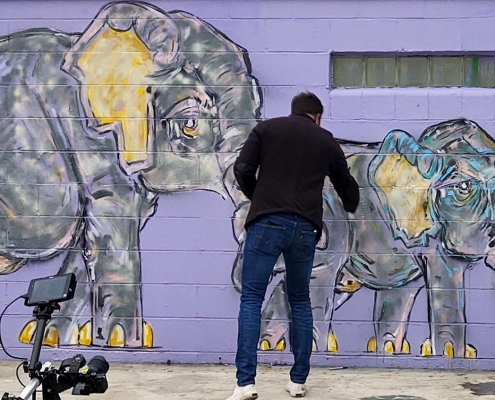 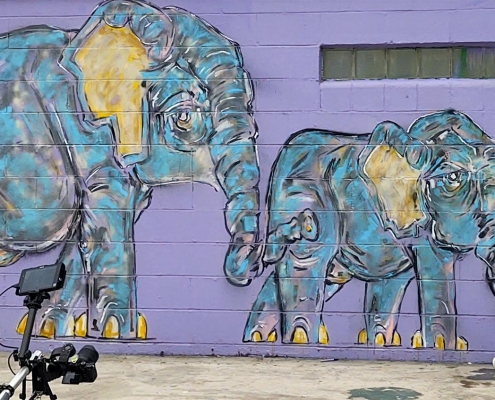 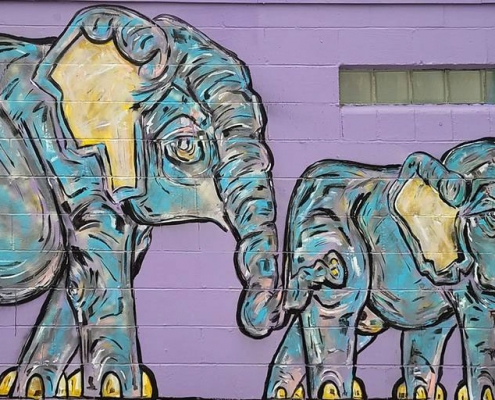 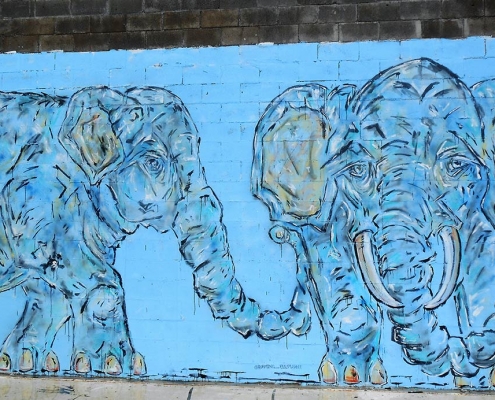 But the power of the brush isn’t just about elephants.  I remember seeing the Whaling Walls, painted by Wyland as far back as the 1980’s.  With his images of whales, he hoped to motivate millions of people to take action to ensure clean water and a healthy planet through art, science, and conservation.  And the many images of orcas, that remind us of the plight of the Southern Resident Killer Whale pod threatened by pollution, global warming and the diminished food source.  I can’t see an image of a polar bear without being reminded that the sea ice is melting as a result of global warming, taking away their food source, endangering their species.  Even more powerfully, I am reminded of the image of George Floyd painted on the outer wall of the store where he was killed and how it became a symbol of the Black Lives Matter movement, spawning protests from coast to coast, even here in little Port Orford.

So, while there are no elephants here in Port Orford, they are symbolic, as Shapira has been quoted as saying, “a symbol of Love, Compassion, Empathy.  Of being gentle and putting family first.”  When you look at these beautiful creatures on this wall, remember this, as so eloquently stated by the artist, that “art is a great device because it’s disarming … it transcends, and it’s an opportunity to really shake the mind.” Powerful stuff.

Shaking the mind is something he likes to do.  He told me, “it takes a bit of belligerence to paint on a public wall.”  It forces you to “take responsibility, not knowing what impact it will have.”

Who says you can’t change the world one canvas and wall at a time. I have seen them. The faces of those who have changed. I have heard their voices behind me as I paint. We are only as powerful as we allow ourselves to believe we can be.

I asked Matt why Port Orford and he told me this town speaks to his soul (there’s that creative vortex again). That is why he came back to paint another mural.  He said, “There is a journey in the process.”  As I watched him paint, I felt part of that journey, part of the process, seeing the image come to life.  I was fascinated to watch the layering of paint, the many different colors, that transformed a Sharpie outline on a blank purple wall into two beautiful elephants—a mother and her child—next to the two elephants painted in 2016. They formed a community.  As I looked around at our wonderfully diverse community who came to watch and show their support and respectfully wore masks and kept their distance, I was filled with gratitude. There’s Kate of Tasty Kate’s who made this event happen and so generously supplied the wall and individual servings of food and drinks; Dune, who favored us with the synergistic, soothing music; And, especially the artist, Matt Shapira, who allowed us to watch him paint.  He might not live here, but he will forever be a part of our community.

Feel the power of the brush.  Whenever you pass the Roaming Elephants, hear their message:  Be Gentle. Be Kind.  Family First.